The mission commander, astronaut Nicole Aunapu Mann, will become the first Native American woman to fly to space when NASA launches its next crew on a SpaceX Dragon this autumn.

According to NASA, this will be her first spaceflight.

According to NASA, this will be her first spaceflight.

Mann, who was born in California, graduated from the United States Naval Academy and currently holds the rank of colonel in the United States Marine Corps. She earned her Navy wings and deployed twice on aircraft carriers, flying flights in support of combat operations in Iraq and Afghanistan. She also has a master’s degree in mechanical engineering from Stanford.

Mann was chosen by NASA in June 2013 as one of eight members of the 21st NASA astronaut class, to focus on space station operations before being assigned to future missions to the moon, near-Earth asteroids, or, eventually, Mars.

Mann recently told Indian Country Today that being the first Native woman in space is “extremely amazing.” “I think it’s important that we communicate this to our community so that other Native kids, if they thought maybe this wasn’t a possibility or to realise that some of those barriers that used to be there are really starting to be broken down,” she told the publication, noting that she is an enrolled member of the Wailacki of the Round.

While Mann will go down in history as the first Native American in orbit, NASA astronaut John Herrington, a member of the Chickasaw Nation, was the astronaut Nicole Aunapu Mann when he travelled aboard Space Shuttle Endeavour in 2002.

Here’s another article on

Why Bend It Like Beckham is still essential viewing

through out his career. Read this article to know more. 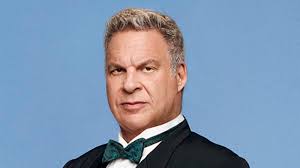