TTD slams deliberate adverse,NELLORE: The TTD has reiteratingly warned followers not to believe the false campaign about the delay in refunding the caution deposit sums.

In a statement released on Monday, the TTD said that some vested interests were making false claims that the state government was using the caution deposit money from devotees, which is why it was taking so long for the money to be credited to their bank accounts.

The TTD has filed a complaint against MLC B.Tech Ravi for his deceptive campaign against the TTD at the Tirumala II Town Police station on Monday.

The TTD stated that the caution deposit eligibility statement will be delivered to either Federal Bank or HDFC bank before 3 pm the next day after the devotees who made the reservations, whether they were made online or in person, exit the hotel.

By midnight on the same day, these banks have finished the refunding process for merchant services, and the next day, the credit has been added to the clients’ bank accounts.

The TTD further highlighted that it will instruct devotees to contact the bank in question, providing all relevant information, if any delay in funds being credited to their accounts is brought to its attention by the devotee via email or call centres.

The CD amount must be returned within seven bank working days in accordance with RBI regulations.

The TTD, however, has used the UPI mode as of July 11 this year in order to implement a refund system to devotees within 4-5 days and enable direct repayment to devotees’ bank accounts, preventing further delay.

When this is the case, certain powerful individuals have purposefully carried out a defamatory campaign against the TTD.

The TTD reiterated its threat to take legal action against anyone responsible for a misleading and dishonest campaign against the religious organisation that affected the perceptions of millions of followers. 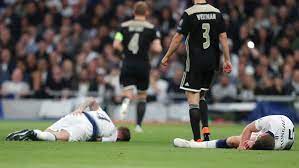