Following the Formula 2 Sprint race at Paul Ricard on Saturday, a total of four drivers have received penalties.

Liam Lawson of New Zealand won the race by leading Jehan Daruvala and Theo Pourchaire to the finish line.

The third-placed Frenchman, though, was demoted to eighth after receiving a post-race penalty.

Pourchaire was fined for his part in a final-lap altercation with Marcus Armstrong that resulted in the Kiwi being driven off the track at Turn 11.

Armstrong eventually finished eighth and was eliminated from scoring at the finish line, despite also receiving a time penalty.

After being found guilty of pushing his Hitech teammate off the track in the penultimate race, Juri Vips was also fined for a collision with Armstrong.

Following the imposition of his five-second penalty, the Estonian dropped to eleventh place in the final standings.

When Jehan Daruvala started to struggle with pace in the middle of the race, Armstrong was one of the aggressors, squaring off with the Indian.

The two made contact after an aggressive move, with Daruvala maintaining his position despite the conflict.

Armstrong received a five-second penalty as a result, dropping him to 14th in the final rankings.

Overall, the time penalties resulted in Jack Doohan moving up one slot to fourth and points leader Felipe Drugovich moving up from fourth to third.

Enzo Fittipaldi, who passed out during his fight with Roberto Merhi, received the final penalty.

Fittipaldi received a five grid-place penalty because it was determined that he was responsible for the incident and had not, by the turn-in point, acquired considerable overlap.

As a result, he dropped from 14th to 19th before the feature race began.

Due to a delay, the start of the Formula 2 Feature race was moved up to 1745 AEST from its original start time of 1735 AEST. 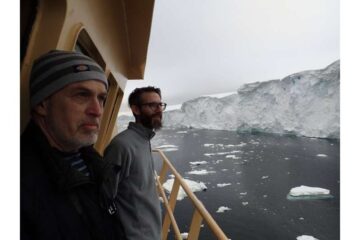